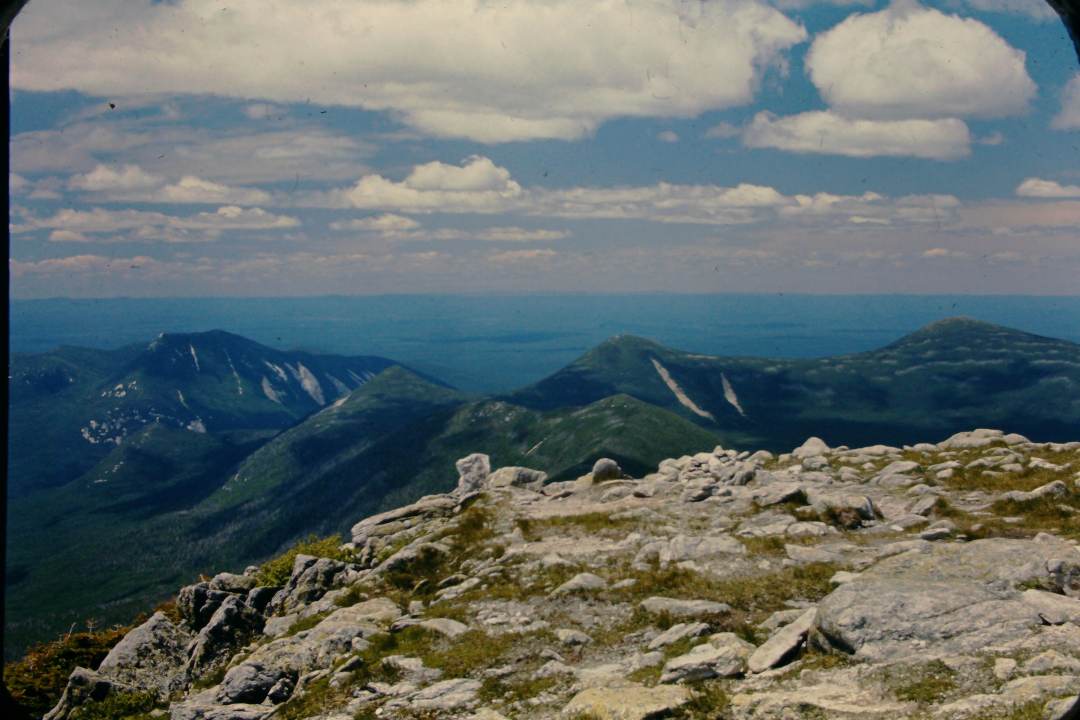 When Kathleen and I and our two dogs moved to Maine nine years ago, squeezed into our two-door Civic along with boxes and bags of personal belongings, we came in one fell swoop, hot on the taillights of the moving van that contained the rest of our worldly possessions. One day.

But getting the idea that we should move to Maine happened over decades and involved what, looking back, were either turning points or steps toward such moments. Such moments happen to all of us. Understanding them can help us plan, dream, and work toward goals–and recognize that we are impacted by the unexpected and unplanned.

Psychologist Albert Bandura’s theoretical concept of reciprocal determinism offers one way of understanding turning points in our lives. Three aspects of our lives influence one another: our social or physical environment, personal factors–our cognitions (including ideas, beliefs, and feelings), and our behaviors. Of course, in life multiple forces are always in play, but reciprocal determinism can be very useful in understanding change and learning.

I loved teaching this concept to my students at Community College of Philadelphia because they latched onto this way of understanding influence in their lives and used it to explain changes in characters from fiction, psychological case studies, and in their own lives.

Kathleen’s route to Maine began with occasional brief but treasured childhood family vacations to the beaches of southern Maine. When she and I met as young adults, she was a Maine booster in all ways.

My trail to the Pine State began in high school American history class. I’d already spent time near but not quite in Maine on childhood vacations to my mother’s native Quebec in years when she could afford such an expense on a coffee-shop waitress’s earnings. An uncle had a farm practically on the Maine border. So, when Brother Joseph assigned Kenneth Roberts’s Rabble in Arms, I was curious to learn about this great adventure of the American Revolution that involved a secret military expedition through the wilderness of Maine and into Quebec. I was so struck by the story that in college I wrote my freshman English research paper on the campaign’s leader, the brilliant but ultimately traitorous general, Benedict Arnold.

Maine was on my brain. Bandura would say that the behavior of reading the book influenced what I knew and felt about Maine. (Behavior influenced Cognition)

In the summer of 1971, I attended a summer teachers’ training program in western Massachusetts. My close friend Paul Muessig had just graduated from college and before beginning grad school in Florida was doing research at a marine lab in Boothbay Harbor, Maine. With the 4th of July approaching, he invited me to join him to do some exploring in Maine, so I climbed into my ’69 Volkswagen Beetle, picked him up and drove to the foot of Mt. Kathadin (the view from its top shown in the main photo) in Baxter State Park, the northern terminus of the Appalachian Trail.

The madcap instant Maine immersion involved climbing the mountain the next day then canoeing in Moosehead Lake the day after. We even found the spot where Arnold’s army put their batteaux into the Kennebec River.

It was glorious but not entirely easy to pick my way up to the top in a pair of high-top Chuck Taylor sneakers, especially after spending the previous night on the ground beside the car, serving as mosquito bait while Paul slept peacefully a few feet away. I didn’t care. By the time I returned to my summer classes, I knew I’d go back to Maine. Being in the mountainous and watery environments of Maine influenced me to attempt outdoor activities I’d never done before—behaviors that added much to what I knew about Maine. I drove away as a lover of Maine.

It took very little encouragement from bride Kathleen to get us to vacation in Maine. Trips to see family in Quebec often included stay-overs in Maine, complete with visits to the same Arnold site on the Kennebec River.

Every taste of the Maine environment launched us into activities that led us to the powerful cognition that we should live (do our normal behaviors) there if ever possible.

Looking at your own path in life, can you see examples of how these three factors have impacted one another? Don’t be shy. Share an example. You never know what that behavior might change!

For a more extensive description of how I used social learning concepts such as reciprocal determinism in working with nontraditional college students, check out OPEN ADMISSIONS: WHAT TEACHING COMMUNITY COLLEGE TAUGHT ME ABOUT LEARNING.

By the way, when I arrived at the Boothbay Harbor rooming house where Paul was staying that summer, he introduced me to a fellow house resident whom he’d just met, telling me later that he thought he was going to ask her out. About a year later, they married. We had a great visit with them here this past summer during their five-week plus stay in Maine. Go ahead, apply the concept!

Ned Bachus is the author of Open Admissions: What Teaching at Community College Taught Me About Learning (Wild River Books, 2017) and of the TURNING POINTS blog on nedbachus.com and on his OPEN ADMISSIONS Facebook Page. City of Brotherly Love (Fleur-de-Lis Books), his book of stories, was awarded the 2013 IPPY Gold Medal for Literary Fiction.